Why Nokia is the perfect gadget for James Bond 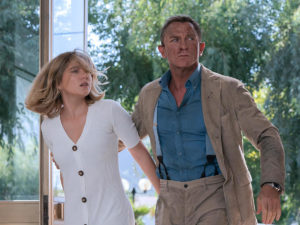 If you are anything like us, we are huge James Bond fans at Active Digital. No Time to Die has secured a UK record for how many cinemas it’s playing at across its first weekend at the cinema. No Time to Die has already grossed an estimated £4.5 – £5 million over its first full day in cinemas in the UK and Ireland, according to producers.

If you have been one of the lucky ones to have seen No Time to Die already, then, did you happen to clock what devices were being used? In the latest movie, (which is amazing by the way), you might expect some product placement from Samsung or their usual mobile manufacturer of choice; Sony…but you will be wrong. It is indeed Nokia that steals the show.

In the latest James Bond movie – spoiler alert – you may have spotted quite a few Nokia phones. Apart from real devices, the crew also used bespoke dummies/prototypes all created by a team of talented designers at Nokia Mobile. HMD Global signed a deal with James Bond movie No Time to Die back in 2020 as the company wanted 007-series’ Daniel Craig,

Lashana Lynch, and other actors in the movie to show off new Nokia smartphones. The USP of the Nokia XR20 was never supposed to be its style, but rather its substance; this is a rugged phone that is designed to withstand rough-and-tumble, and to that end it has a screen made of Gorilla Glass Victus (the toughest you can get). It and an impressive IP68 water and particulate resistance rating.

Given Q’s longstanding patience in which Bond leaves the state of his gadgets after every mission, it will surely come as a relief that at least his phone might be returned in one piece.

HMD Global’s product placements meant a Nokia phone would be used by Bond. At the time, the Nokia 8.3 5G was announced as the tie-in, as that was the brand’s newest device. However, with Bond 25 being delayed that handset was swiftly no longer new. The Nokia XR20 rugged phone is the brand’s newest ‘big phone’, but that’s not debuting in No Time to Die. The older 8.3 remains, alongside a retro Nokia 3310 cameo, that surely everyone once owned at some time!

The original Nokia 3310 was released in 2000, years before the Daniel Craig era began. A cult classic Nokia with a distinctive silhouette was a true favourite for many!
It might seem odd for Bond to use such an older Nokia model but with the reissue of the Nokia 3310 in 2017, it’s a smart choice! It’s no smartphone but it does have Bluetooth, a Micro USB port, and a much less impressive battery life (about 22 hours of talk time). For a secret agent, it’s the perfect choice.

Richard Choi, shared on LinkedIn, that he and Nokia Mobile’s head of design Raun Forsyth delivered the James Bond phone in record time. In summary, if James Bond needed a rugged device, who are we to argue? In an all-action movie with plenty of explosions, perhaps the Nokia XR20 is a good choice of gadget for No Time to Die. Congratulations Nokia: you have shown to be the perfect fit for a spy! 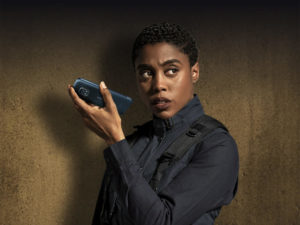 Let’s look over the mobile devices used in some of our past James Bond movies: –

In this film, we get a glimpse at a non-Sony phone. The Samsung GT-S5611 feature phone shows up and has more plot relevance than the Sony. Bond sends it to Moneypenny so he can carry on communicating with her when he goes dark and disguises it so no-one can tell. Bond clearly showing off his spy skills to the max!

In Skyfall, Bond unleashes the Android Xperia T smartphone from Sony. In fact, this was the centre of a huge promotion for the Xperia T, with Sony calling it the ‘Bond phone’. In the movie, unfortunately, the Xperia T doesn’t get a huge amount of exposure, but it is Bond’s spy phone of choice.

Casino Royale: Sony Ericsson K800i & M600i
There are two Ericsson feature phones in Casino Royale: the K800i used by Bond himself, and the M600i used by Eva Green’s Vespa Lynd. The K800i is not used as much as the M600i. The M600i gets an important part in the move as Bond reads a text Lynd receives on it near the end of the film, for some major information.

No Time to Die is out now in UK cinemas, while it will reach US audiences on 8th October 2021. All the previous Bond movies are available on DVD or Blu-ray. With 772 cinemas to choose from, you know what to do this weekend…