The iPhone 9: Apple’s return to affordability

The iPhone 11 range was revealed to much acclaim back in September, so typically we wouldn’t expect any new phones to be forthcoming from Apple until the launch of an inevitable sequel one year on. However, rumours are circling of a new upcoming model that’s set to be launched anytime soon.

This handset is reckoned to be a desperately needed affordable entry point into Apple’s notoriously pricey product line-up – and in this article, we’ve gathered together all the information we know about it so far. Although not officially announced as Apple are notorious for keeping their cards close to their chest until launch day, our best estimate is for an exciting announcement this week, according to online sources.

The iPhone 9 will supposedly take after the iPhone SE. According to Nikkei, the iPhone 9’s design is going to look exceedingly familiar. That’s because it’s said to be keeping the same casing as the iPhone 8 (released back in September 2017 and pictured below), but it will at least be fitted with a new camera and bang up-to-date internal specs. 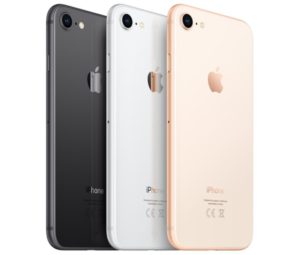 The iPhone 9, as rumoured, would already have fit the needs of plenty of consumers. If it hovers close to the iPhone SE launch price of £379, it would certainly be a solid option for those looking for ‘affordable’ functionality, and for those who just need a device to hold them over until the economy picks up again.

While the iPhone 8 has met this need, it’s been on the market for two and a half years, and it wasn’t even much of an upgrade over the previous year’s iPhone 7. The iPhone 9 may pack some of the software enhancements of the subsequent generations, like the iPhone 11 line’s spectacular night photography mode.

The distinctive design of the iPhone 8 features relatively thick bezels at the top and bottom of the phone, plus a home button with integrated Touch ID for speed of unlocking. Even at the time, it already looked a little old-fashioned being launched next to the iPhone X, which introduced minimal bezels along with the widely imitated screen notch that set the standard for smartphones for the next couple of years. But as long as the iPhone 9 delivers an excellent performance, then it’s still a sure-fire bet to win over the hearts of Apple fans.

We expect the iPhone 9 to come with a 4.7-inch screen, making it remarkably small by the standards of today – but in a world dominated by large-screen phones, this might come as an advantage to the consumer who prefers a more manageable device. Analyst Ming-Chi Kuo claims that the iPhone 9 is set to be available in only three shades: red, silver and space grey.

As usual, Active Digital thoroughly review everything we recommend, so once we have our hands on the anticipated iPhone 9, we’ll be sure to let you know what we think.