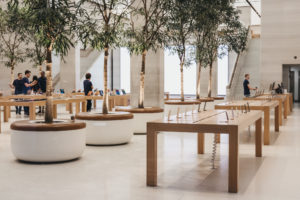 The iPhone 12 has proved one of the most successful series yet for Apple, surpassing 100 million sales in seven months – despite delays and challenges brought on due to the global Covid-19 pandemic. According to Counterpoint Research, they Apple hit the 100 million landmark in April 2021 after launching the series in October 2020 when they released four ready models – the iPhone 12, iPhone 12 Mini, iPhone 12 Pro and the iPhone 12 Pro Max versions. By comparison, it took nine months for the same landmark to be achieved with the previous iPhone 11 series, released in September 2019.

So, what has driven the huge increase in sales?
In some respects, the lengthening replacement cycle of the iPhone in general has played its part. Consumers have been waiting longer to upgrade their device. For example, many iPhone 7 or 8 users might have upgraded to the iPhone 12 series, which represents a good upgrade and significant innovation changes. We also note that the improved camera on the iPhone 12 has been a key driver for sales and it takes Apple into the right direction and in line with their competitors. The camera system on the iPhone 12 Max and iPhone Pro is undoubtably impressive.
And, although Samsung will hold on to the number-one spot overall for the year it has been great to watch how Apple has done with the iPhone 12. Their first 5G device has been a true success and perhaps a taster of what is coming in September 2021. Without question, Apple holds firm its dominate position at the premium end of the market.
Up until last year, Apple had been quite consistent with the release dates of its iPhones. The new handsets are usually announced near the beginning of September and released a week or so later. The big news right now is that many online reports are now circulating a date for the new iPhone 13 announcement which we expect from an event held on Tuesday 14th September 2021. However, Apple have not unveiled this officially.
Covid-19 caused major disruption in the Apple supply chain, delaying the announcement of the 12-series iPhones until October 2020. But assuming that things return to a semblance of normality this year, the iPhone 13 should return to its traditional place in the calendar, with a September 2021 release. The only concern could be that devices may be short supply after Apple predicted shortages in its (otherwise very positive) Q3 earnings report, however, we will have to wait and see.

What to expect on iPhone 13?
As usual, we expect good things from Apple. We are hearing that the new phone will get a new Portrait Mode for video, and that Apple will go ahead with the “iPhone 13” branding this year, despite respondents to a survey advising Apple to avoid the unlucky number.

The iPhone 13 is likely to have similar pricing to the iPhone 12 series, with a starting price of around £799. Researchers have predicted that they expect “the iPhone 13 series to remain similar to the iPhone 12 series assuming Apple is able to effectively control manufacturing costs, since the latest models do not come with significant hardware upgrades. As a result of this aggressive pricing scheme, iPhone shipment will likely maintain its growth trajectory for two consecutive years.

iPhone 13 software
At WWDC 2021 we all got a glimpse at the iOS 15 operating system that will be running on iPhone 13. To recap, it includes significant updates to FaceTime, Messages and content sharing, controls to help you better balance life, work and downtime, support for Live Text and enhanced Memories, plus updates to Wallet, Weather and Maps.
New in FaceTime is spatial audio for a more lifelike experience, voice isolation, Grid View and Portrait Mode. Links finally let you schedule FaceTime calls and share links to those chats via Messages, Mail or more – excitingly, this can now also include Android and Windows users via a web browser. And then there’s SharePlay, which lets you listen to music, watch movies or share your screen, while picture-in-picture even lets you multitask on the call.
Focus is an important update in iOS 13, giving notifications a fresh new look that include contact photos and notification summaries, making it easier to quickly catch up when you have a load come in at once. These are ordered by priority, but you can also use Focus settings for Personal, Work and Sleep – even custom settings that trigger when you reach a certain destination, such as the gym – to get more control over which notifications should be considered a priority at a particular time. These Focus modes sync across all your Apple devices.

Live Text is another of the more exciting additions to iOS 15, allowing you to select text in any image – even those already in your library – then copy and paste that text into another app such as Mail. It supports seven languages.

We’ll keep you updated as more news and rumours arise, so be sure to keep coming back to see what we uncover. In the meantime, if you can’t wait a moment longer, you can pre-order the new Apple device by emailing the team – support@activedigital.co.uk