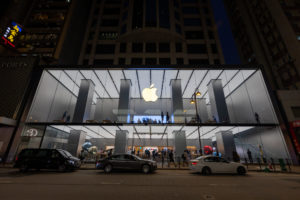 In latest Apple news, rumours are circulating that Apple is expected to reveal full details of iOS 16 at the upcoming Worldwide Developers Conference, which is scheduled from June 6 to 10. Ahead of that, a leaker has rounded up all the relevant feature rumours about iOS 16 and has also suggested device compatibility, leaving the Apple iPhone 6s, iPhone 6s Plus, and first-generation iPhone SE facing end of support.

There will be many excited iPhone users wondering what upgrades and changes Apple will demonstrate when iOS 16 finally starts rolling out. Tipster LeaksApplePro has already detailed some of the features that are expected to be included in the latest iPhone operating system out of Cupertino and has now provided a rumour roundup with some fresh details included. The leaker also made a prediction in regard to device compatibility and support.

It appears it is time for the iPhone 6s, iPhone 6s Plus, and iPhone SE 2016 may be put out to pasture in terms of software support. It’s a fair argument to make, as these phones launched with iOS 9 in place and have been updated all the way up to iOS 15, which is the kind of support that is not emulated in the Android smartphone space.

A feature called “Quick Actions” is reported, with the app that can deliver shortcuts via system notifications apparently being accessible via the lock screen. Minor changes are headed to Files and Reminder while notifications and the Mail app are also getting some tweaks. LeaksApplePro moves onto information about the Music app, suggesting that there will be a feature called Apple Classical that may offer a subscription service to those who like their music to be of a more formal tradition, and that the “recommendations” feature is getting an overhaul to make it more fit for purpose.

Furthermore, other iOS 16 rumours include a Health app redesign, which has been previously mentioned by another source, a reworked Podcast app, and additional Focus modes to join the ones that are already present in iOS 15 and that are supposedly getting some “major” updates themselves. Lastly, the source reckons there will not be always-on display support for the iPhone 13 Pro and iPhone 13 Pro Max just yet, with this feature possibly being revealed alongside the next iPhone iteration (pinch of salt here, as this latter rumour is based on assumption).

The big takeaway from this rumour is that iOS 16 may not be compatible with three iPhones that did receive iOS 15 (iPhone 6s, iPhone 6s Plus and the original iPhone SE). Unfortunately, these devices are from 2015, 2015 and 2016 respectively and because the older hardware, they simply doesn’t have the power or space for the newer operating system. That’s not to say Apple will completely forget about these phones, as they still could see the odd security update, and they’ll work just fine as they are – you don’t really need the newest software.

If your business is looking to upgrade to newer iPhones, you can lease your devices from Active Digital with a 2 or 3 year warranty and breakage cover in one easy monthly payment. Talk to a member of our team to find out more on 01892 835522. Or book a discovery call here.