DIY repairs for iPhone. A Genius idea from Apple? 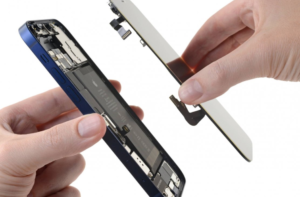 Ever considered repairing your own iPhone? Are you brave enough? From early 2022, Apple iPhone owners in the United States will start selling you the parts you need to fix your device. Shattered screens and ageing batteries in iPhones used to require a trip to the Apple Store; or a trip to a local independent mobile provider, but, in a change of strategy, Apple want to give customers more choice.

Apple surprised “Right to Repair” advocates by announcing a new Self Service Repair program, which will allow owners of its products to request the official tools, components and manuals needed to repair damaged Apple products on their own. “Creating greater access to Apple genuine parts gives our customers even more choice if a repair is needed,” Jeff Williams, Apple’s chief operating officer, said in a statement. At first, Apple will sell parts and tools for repairing iPhone 12 and iPhone 13 series smartphones, including commonly needed components such as batteries and cameras, from an online storefront.

After that, the company plans to offer similar repair resources to people who want to repair their M1-powered Mac computers. (For now, it’s unclear how much those specific replacement parts will cost consumers.) Once consumers have completed their repairs, they can send their old, used components back to Apple to be recycled. Apple’s shifting stance comes after prolonged scrutiny of tech industry repair restrictions. In May, the Federal Trade Commission presented a report to Congress outlining the ways companies can make getting their products repaired more difficult. And in July, President Biden signed an executive order that tasked the agency with tackling “unfair anticompetitive restrictions on third-party repair or self-repair of items.”

Apple said the Self-Service Repair programme would allow customers to “join more than 5,000 Apple authorised service providers and 2,800 independent repair providers who have access to these parts, tools, and manuals”. It had been expanding its authorised repair network, so access to official parts “has nearly doubled” in the past three years, it said.

So, what do we think of this new repair movement?

Earlier this year, Apple co-founder Steve Wozniak – who built the first Apple computers in a garage with Steve Jobs in the 1970s – came out in favour of the movement. “We wouldn’t have had an Apple had I not grown up in a very open technology world,” he said, in July 2021. Steve Wozniak also had much to say about the value of open technology for education. “You could repair a lot of things at low cost – but it’s even more precious to know that you did it yourself,” he said.

As commented in a BBC News interview, Steve spoke of the “motivation and joy” of young people learning to write software and develop hardware “to prove to themselves they’ve got a little special skill in the world”, adding it was “very motivating for creative minds, believe me – that’s how I grew up”.

This is huge news for everyone, but we’re especially excited at Active Digital We started back in 1994 when we sold our very first mobile phone (we became an official limited company in 1996) and we spent years repairing mobile phones ourselves for our customers without any user guides or support. There was a lot of trial and error, because in many cases, practice is how we learn to get better at things. When Apple follows through on this DIY repairs commitment early next year, which we are sure it will, Apple will be the first time the company has published iPhone repair manuals. We are hopeful that Apple’s DIY manuals will have the same information given to Apple Authorised Service Providers but rewritten with customers in mind.

Find out more by speaking to one of our team on 01892 893000 or live chat on our website.
With Active Digital, your business is in good company.