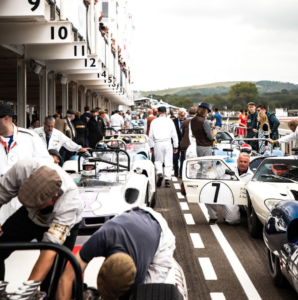 What a weekend it has been! The Goodwood Revival blasted back in style last weekend after the pandemic caused the event to be placed on hold in 2020. This year, Active Digital was back at Goodwood Revival, sponsored by Virgin Media O2 to have our marquee back on show for the vintage event of the year.

The Active Digital team was on hand all weekend (in vintage style of course) to welcome all visitors to the marquee. Our team showed off some of the newest Apple iPhone devices on O2 as well as displaying ‘the evolution of the mobile’ with our large selection of telephones and mobile phones dating back decades! The display was a big hit and was the true highlight of the marquee for sure! 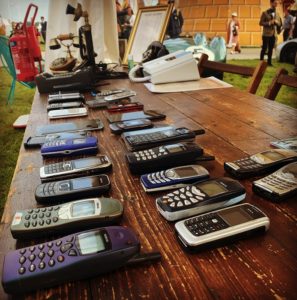 Goodwood Revival 2021 marks the 70th anniversary of two significant events which took place in 1951. The Festival of Britain showcased manufacturing and design six years after the end of the Second World War. 1951 also marks the founding year of the National Hot Rod Association. With this in mind, Goodwood are promising one of the largest gatherings of hot rods in Europe.

Some of the best historic racers in the world once again took on a cast of famous names from the past and present to keep bumper crowds of 50,000 gripped on each of the three days. Aston Martin Le Mans racer Darren Turner and Oliver Bryant claimed victory in the one-hour Royal Automobile Club TT Celebration on Sunday – even if their AC Cobra didn’t cross the line first. Former Porsche Le Mans winner Romain Dumas took that honour after a rousing battle with Bryant, only for the Cobra he shared with Bill Shepherd to be docked a time penalty for a driver-change infringement. Shepherd made up for it by winning the second leg of the St Mary’s Trophy for 1950s saloons in his monstrous Ford Thunderbird, securing the overall aggregate victory after Dumas had led home Andrew Jordan’s Austin A40 during the first race on Saturday.

Goodwood Revival – Back with a Bang 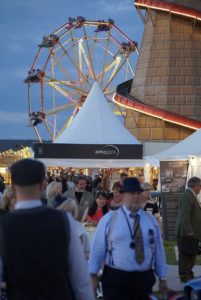 For 2021, Goodwood included a new layout to add to the revival spirit. A new track was added at Madgwick Corner and a new track viewing area within the perimeter of the circuit Additionally, themed as RAF Westhampnett, the Lavant Infield was impressive with short helicopter trips on offer aswell.

Revival attendees also enjoyed the introduction of high street shopping, places to eat and an opportunity to admire cars on display. Behind the Woodcote Corner, a new home was created with a ‘Make-Do and Mend’ area to showcase a of restoration projects and a celebration of the methods of craftsmanship. On Sunday 19 September, Goodwood Revival hosted its inaugural Car Boot Sale. This is far from your average car boot sale with a stunning display of classic cars to gaze at while you shop for treasures. The best vintage and retro specialists will be on hand to offer a selection of hard-to-find fashion and accessories and period furniture.

The weekend was rounded off with a wonderful Victory Parade which paid respect to the celebrations that took place in 1946 marking the end of the Second World War. In a similar way to the acknowledgment of services to the war effort – 75 years on, Goodwood used the anniversary to pay tribute to and thank local key workers and service people. 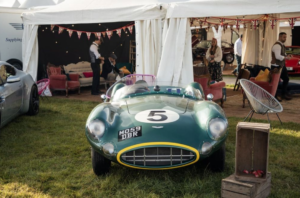 if you were one of the lucky ones who attended Goodwood Revival over the weekend, we hope you enjoyed it as much as we did. We look forward to seeing you again next year! Goodwood Revival is such a special event where the Goodwood Motor Circuit comes alive with history!

Find out more at https://www.goodwood.com/motorsport/events/ticket-alert/