COP26: How the tech industry is rising to climate change 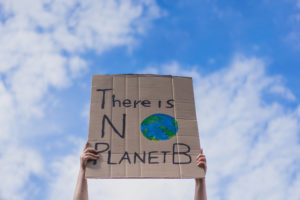 COP26 is in full swing. This year is the 26th annual summit, giving it the name COP26. With the UK as President, COP26 takes place in Glasgow. The summit aimed at bringing parties together to accelerate action towards the goals of the Paris Agreement and the UN Framework Convention on Climate Change. For nearly three decades the UN has been bringing together almost every country on earth for global climate summits. The UK is working with every nation to reach agreement on how to tackle climate change. World leaders have arrived in Scotland, alongside tens of thousands of negotiators, government representatives, businesses, and citizens for twelve days of talks. Not only is it a huge task but it is also not just yet another international summit. Most experts believe COP26 has a unique urgency.

Microsoft has released research conducted with Goldsmiths, University of London showing that businesses are failing to meet climate change targets. Technology has a key role to play in helping organisations meet their climate change objectives, but the industry itself recognises that there is also a need for IT to become a cleaner sector. Research from Microsoft reveals that there is a strong ambition and strategic vision on sustainability within UK organisations. However, the survey found that most business leaders are struggling to translate that intent into action, with three-quarters of firms (74%) described as having “one foot in and one foot out” on sustainability.

Discussing the findings, Hugh Milward, general manager for corporate affairs at Microsoft UK, described the challenges as “a burning platform”, adding: “The clock is ticking. The faster we understand this, the more we can do to keep the world at a 1.5° [rise in ocean temperature].” The report, based on surveys of more than 1,700 UK business leaders and 2,150 employees, found that 41% of UK companies are on track to meet the target for net-zero emissions by 2050, which means that 59% of the UK organisations that took part in the surveys expect to miss the 2050 emissions target.

Chris Brauer, director of innovation in the Institute of Management Studies at Goldsmiths, University of London, believes that global collaboration, as experienced during the pandemic, is needed to combat climate change. “There is a positive desire to raise ambition and a willingness to partner,” he said. Brauer said he has seen pre-competitiveness in a number of industry sectors, where stakeholders agree to raise the overall baseline in terms of lowering their carbon footprint before they start competing. “It is similar to Covid,” he said. “We see real opportunities to take action. Leaders are good at unlocking networks and getting multi-stakeholder buy-in.”

This collaboration drives forward market design, regulations, adaptive infrastructure, and renewable supply chains. In Brauer’s experience, the business case is starting to make sense. “There is a real urgency to take action,” he said. “Some things are easier to achieve in the near term, while others are only feasible in the medium to long term.” Businesses need established pathways to carbon neutrality, he said. For instance, the current crisis on the price of gas has projected hydrogen into the headlines as an alternative fuel source that could potentially be generated using clean electricity. Although it may take a while to achieve this, Brauer said that just like during the pandemic, researchers are being spurred on to make hydrogen a viable fuel source.

Microsoft’s Milward said that in a supply chain, metrics can help businesses to make marginal gains over time and so design waste out of their business processes. AO.com, for instance, has focused on a circular economy, setting up its own UK recycling centres. The company hopes to sell new products based on the old products it collects from customers. It has also partnered with eSpares to supply spare parts. 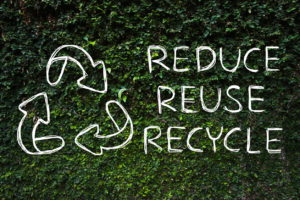 Interestingly, e-waste is something members of the BCS, the UK’s Chartered Institute for IT, believes needs addressing. Alex Bardell, chair of the BCS green IT specialist group, said: “Most people working and leading in the IT profession agree that digital technologies should be at the heart of government and industry’s strategy to reach net zero. That can be achieved by a tech industry that defines its professionalism by prioritising actions like reducing e-waste, which is already in focus thanks to the chip shortage. “Rather than being dependent on new devices as soon as we have a failure, the ‘right to repair’ legislation should be starting to make it easier for people to extend the life of their devices. If the starter-motor failed on your car, you would go to the garage and get a new part, rather than chucking the car away.”

Axelos CEO, Mark Basham, a sponsor of the COP26 E-alliance, is responsible for developing the ITIL framework and Prince2. It has worked with the Department for Environment, Food and Rural Affairs (Defra) to recognise the importance of sustainability in IT within ITIL 4. Mark Basham said: “We knew right from the early conversations [with Defra] we had back in 2019 that we would be able to play our own role and bring sustainability into the ITIL framework. By doing so, we are able to support organisations that are considering the social and environmental impact of their operations. “This has become a hugely important topic within the IT and digital space. Organisations can no longer sit back and wait for others to take climate actions. We all have to take responsibility and act now.”

A survey from Deloitte shows that climate is a top concern for Millennials and Gen Zs, who make up over 80% of our people globally. It was clear we needed to do something more impactful. Here at Active Digital, we have put climate on our agenda some years ago. We are committed to reducing our emissions and have made progress in reducing our carbon footprint as well as working towards a paperless office.

In summary, climate change is absolutely a global issue and it’s critical for businesses come together to tackle this issue. It is clear to understand that no single company, industry, or individual can address this alone. We need collaboration and through summits such as COP26 are critical for driving change.